Self Introduction: I am pralaya simha from India, 27 years old. I actively participating Environmental activities in India’s Volunteered for Earth Day network India, waste warriors and many NGO'S.I selected for South Asian youth Environment network conference held at Delhi in 2015 for contribution towards environment. 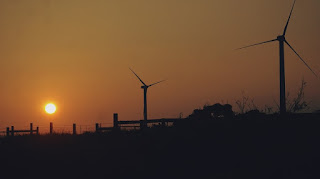 Importance  of Clean Energy in India:  India is one of the fast growing and developing country at the same time it's been facing many socio, economical, political and other problems. Climate change is one of the serious problems in India .India and Indian people still has to be realized before it is going to be threat to upcoming generation. Clean energy that means renewable sources such as wind and solar are required to be fully implemented in India to avoid severe damage to climate. At present the world's economy runs on fossil fuels. The combustion of coal, oil and natural gas and derived products provide energy to nearly all economic activities. The emission of Carbon Dioxide (CO2) is a residual product of burning these fossil fuels. Also changes in land use pattern, deforestation and land clearings are important driving forces leading to a rise in Carbon Dioxide emissions .This Emissions forms as High Concentration of Green House Gases in atmosphere. Green House gases in atmosphere result into Natural Calamities, High Temperatures and Sea Level Rises in India and world. So Instead of using Fossil fuel, using of Clean Energy sources such as Wind, Solar and water will help to mitigate this damage. Mitigation involves actions that reduce the likelihood of the event or process. In other words, Mitigation refers to measures for reduction of emissions of Green house gases that cause climate change like switching from fossil fuel based power generation to alternative sources of renewable energy like solar, wind, nuclear etc…

The adverse impacts of climate change on the developmental prospects of the India are amplified enormously by the existence of widespread poverty and dependence of a large proportion of the population on climate sensitive sectors for livelihood. Hence for India adaptation is inevitable and an imperative for the development process. It is of immediate importance and requires action now.

Recently India launched many policies for Renewable energy and formed various committees under the Dynamic leadership of Prime Minister Narendra Modi. But still it requires to implementing effectively throughout the entire nation and creates awareness among the citizens for clean energy resources and its benefits.

It’s is time for promoting  greater use of renewable in the energy mix mainly through solar and wind power and shifting towards supercritical technologies for coal based power plants. On the demand side, efforts are being made to efficiently use energy through various innovative policy measures.

I am blogger, Digital marketer, contest player, Traveller , photographer and foodie. Always there to help you on every query.

Own it at discounted price